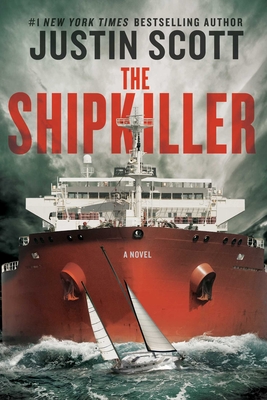 It was the largest moving object on the face of the earth, but for Carolyn and Peter Hardin it was a towering wall of steel bursting out of a squall at full speed, bearing down on their ketch Siren. In a few dramatic moments, Siren was shattered by the indifferent juggernaut. Struggling for his life, Peter Hardin felt the hand of his wife being torn from his grip as the huge white letters on the supertanker''''''''s stern - Leviathan - steamed away.Thus begins an odyssey of revenge that embraces the distant waters of the world, from the titanic storms of the South Atlantic to the oil-slicked reaches of the Persian Gulf. Now back in print for the first time in twenty-five years, The Shipkiller is the story of one man determined to win at sea the justice he has been denied on land.

A stunner. Absolutely riveting. A marvelously taut, brilliantly told story of revenge, and the sea, and the dark forces that can shape the human condition.
— Robert Ludlum

The Shipkiller is a superbly written thriller in which Scott limns his driven people as stylishly as his boats.


Moby-Dick meets Tom Clancy, and what a splash it makes. The Shipkiller kept me up all night. One hell of a sea story.

Justin Scott has written more than thirty thrillers, historicals, and mystery novels, including The Shipkiller, Normandie Triangle, and The Empty Eye of the Sea. His main pen name is Paul Garrison under which he has written the Paul Janson series based on a Robert Ludlum character: The Janson Command and The Janson Option. Scott created the Ben Abbott detective series and was twice nominated for the Edgar Allan Poe Award by the Mystery Writers of America. He collaborates with Clive Cussler on the Isaac Bell series—The Wrecker, The Spy, The Race, The Thief, The Striker, The Bootlegger, and The Assassin. He lives in Connecticut with his wife, filmmaker Amber Edwards.
Loading...
or
Not Currently Available for Direct Purchase