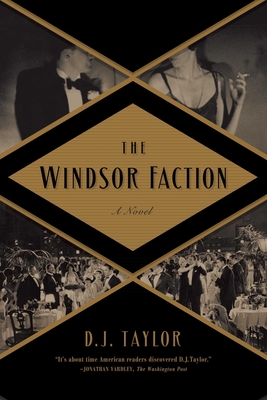 If Wallis Simpson had not died on the operating table in December 1936, Edward VIII would not have been King of England three years later. He would have abdicated for “the woman he loves,” but now, the throne beckons.If Henry Bannister’s car had not careered off the Colombo back-road in the summer before the war, Cynthia Kirkpatrick would never have found out about The Faction.It is autumn 1939, and everything in history is just as it was. Except, that is, for the identity of the man in Buckingham Palace and the existence of a secret organization operating at the highest levels of society and determined to derail the war effort against Nazi Germany. From the staff of the newly-founded literary magazine, Duration, hunkered down in their Bloomsbury square, and the country house parties full of renegade Tory MPs, to Tyler Kent, the Embassy cipher clerk with his sheaf of stolen presidential telegrams, the journalist Beverley Nichols deviously at work on an alternative King’s Speech, while a Lancashire lad named Rodney nervously runs errands from his Maida Vale antiques shop to the House of Commons. The Windsor Faction is an ingenious exercise in might-have-been, which assembles a cast of real and imaginary people in a horrifyingly plausible re-invention of history.

Praise For The Windsor Faction…

The Windsor Faction combines a chillingly plausible plot with a wealth of well-drawn characters, including historical figures as well as fictional ones. As Taylor spins his story, he draws on history as well as his fertile imagination to captivate the reader.  For fans of what-if fiction, British history and intelligent entertainment, The Windsor Faction scores a trifecta.


The greatest pleasure of The Windsor Faction is the wealth of historical detail and the evocative descriptions of London at the beginning of the war...a fascinating glimpse into a murky part of British history. As Mr. Taylor writes, 'It was a strange time.'


D.J. Taylor, a celebrated novelist and biographer, asks us to imagine what might have happened if that famous (or infamous) two-time American divorcee and commoner had conveniently died of peritonitis, leaving the king, former playboy and bon vivant, to fall back on his own resources, bereft and heartbroken, his only companion his stern private secretary. How might history have played out?
— Carolyn See

An intricately plotted and stylistically burnished crime caper. Tantalizing—mysterious almost to the end.


Impressive and wholly engaging. The prose brings to mind Thackeray and Dickens. It is delicious fun. Derby Day is on every count a winner.

D. J. Taylor is of the finest of our 21st-century novelists.

D. J. Taylor is the author of Orwell: The Life, winner of the Whitbread Biography Award, and On Nineteen Eighty-Four: A Biography (2019). Pegasus will publish Orwell: The New Life in 2023.
Loading...
or
Not Currently Available for Direct Purchase