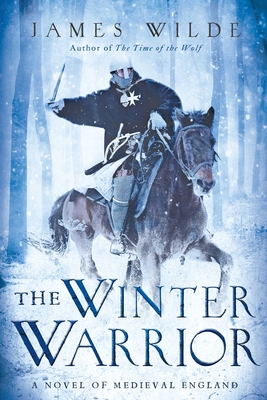 1067. Following the devastating loss of the Battle of Hastings, William the Bastard and his men have descended on England. Villages are torched and men, women and children are put to the sword as the Norman king attempts to impose his cruel will upon this unruly nation. But there is one who stands in the way of the invader's savagery. He is called Hereward. He is a warrior and master tactician and as adept at slaughter as the imposter who sits upon the throne. And he is England's last hope. In a Fenlands fortress of water and wild wood, Hereward's resistance is simmering. His army of outcasts grows by the day - a devil's army that emerges out of the mists and the night, leaving death in its wake. But William is not easily cowed. Under the command of his ruthless deputy, Ivo Taillebois - the man they call 'the Butcher' - the Norman forces will do whatever it takes to crush the rebels, even if it means razing England to the ground. Here then is the tale of the bloodiest rebellion England has ever known - the beginning of an epic struggle that will echo down the years...

Praise For The Winter Warrior…

James Wilde realizes his goal of turning an obscure historic character into a warrior legend.