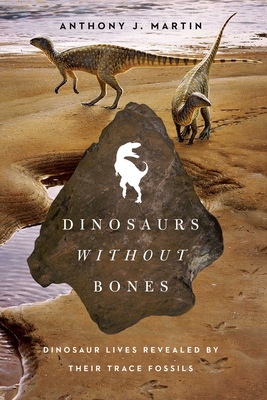 CSI meets Jurassic Park in a fascinating, revelatory look at dinosaurs and their world through the million-year-old clues they left behind

What if we woke up one morning all of the dinosaur bones in the world were gone? How would we know these iconic animals had a165-million year history on earth, and had adapted to all land-based environments from pole to pole? What clues would be left to discern not only their presence, but also to learn about their sex lives, raising of young, social lives, combat, and who ate who? What would it take for us to know how fast dinosaurs moved, whether they lived underground, climbed trees, or went for a swim?

Welcome to the world of ichnology, the study of traces and trace fossils—such as tracks, trails, burrows, nests, toothmarks, and other vestiges of behavior—and how through these remarkable clues, we can explore and intuit the rich and complicated lives of dinosaurs. With a unique, detective-like approach, interpreting the forensic clues of these long-extinct animals that leave a much richer legacy than bones, Martin brings the wild world of the Mesozoic to life for the twenty-first century reader.

Anthony J. Martin is a Professor at Emory University, a paleontologist, geologist, and one of the world’s most accomplished ichnologists. He is the co-discoverer of the first known burrowing dinosaur, found the oldest dinosaur burrows in the geologic record, and documented the best assemblage of polar-dinosaur tracks in the Southern Hemisphere. He is the author of two textbooks on dinosaurs as well as Dinosaurs Without Bones and lives in Atlanta, GA.

Praise For Dinosaurs Without Bones: Dinosaur Lives Revealed by their Trace Fossils…

An evangelistic tour de force articulating the importance of trace fossils for understanding how dinosaurs truly lived and behaved. The author writes in lively prose and aims the work at general readers. This is easily the best book on dinosaur trace fossils on the market.

Martin’s popular, non-academic debut bubbles over with the joy of scientific discovery as he shares his natural enthusiasm for the blend of sleuthing and imagination that he brings to the field of ichnology—the study of trace fossils and features left by organismal behavior, such as tracks, nests, and burrows. The energy behind Martin’s “what if” saurian life scenarios is no mere distraction; his science is solid and his descriptions of the current state of classification and knowledge are clear, up to date, and detailed. The books is great fun for anyone looking to revive their childhood dinosaur obsessions.


An enjoyable and stimulating read for both the dinosaur fan and expert alike that highlights the extensive and largely unrecognized role ichnology has played in revealing dinosaur behavior and ecology, and the impact dinosaurs may have had on past and modern ecosystems.  Anthony Martin uses his extensive experience to provide an amusing, thorough, and provocative review of dinosaur trace fossils, from tacks and burrows all the wya through regurgitates and coprolites.
— David Varricchio, Associate Professor of Paleontology, Montana State University

People are amazed what paleontology can deduce from bones—Anthony shows what can be learned with a simple trace in the sand.  No other book in recent years expresses the joy of employing the scientific method to reveal the ancient world.
— James Kirkland, Utah State Paleontologist
or
Buy Here
Copyright © 2020 American Booksellers Association