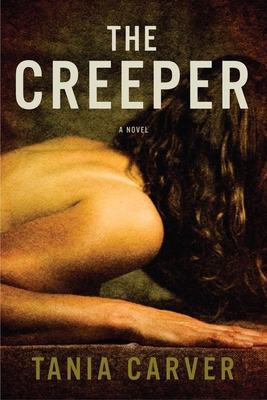 Powerful and unflinching, the sequel to the acclaimed thriller The Surrogate, by rising star Tania Carver.

Suzanne Perry is having a vivid nightmare. Someone is in her bedroom, touching her, and she can’t move a muscle. She wakes, relieved to put the nightmare behind her, but when she opens the curtains, she sees a polaroid stuck to the window. A photo of her, sleeping, taken during the night. And underneath,the words: “I’m watching over you.”

Her nightmare isn’t over. In fact, it’s just beginning. Detective Inspector Phil Brennan has a killer to hunt. A killer who stalks young women and insinuates himself into their lives.But the more Phil investigates, the more he delves into the twisted psychology of his query, Phil realizes that it isn’t just a serial killer he’s hunting but something—or someone—infinitely more calculating

Tania Carver lives in the south of England with her husband and two children. She is the author of The Surrogate, The Creeper, and Cage of Bones, all available from Pegasus Books.

Praise For The Creeper: A Novel…

An impressive debut, an intense British police procedural.Carver never crosses the line into gratuitous violence, while myriad clues and surprising twists keep the reader off-kilter.Fans of Mo Hayder, Chelsea Cain, and Karin Slaughter will find much to like.

Carver’s expert timing is aided by her prose, deceptively laconic but with a constant forward push. Everything, it turns out, is done for a reason.
or
Not Currently Available for Direct Purchase
Copyright © 2020 American Booksellers Association