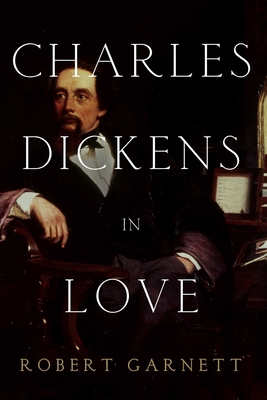 Charles Dickens is presented in fresh and vivid life in this intimate portrait of the great author and the women he loved.

When Charles Dickens died in 1870 he was the best-known man in the English-speaking world—the pre-eminent Victorian celebrity. Yet when the first person named in his will turned out to be an unknown woman named Ellen Ternan, only a handful of people had any idea who she was, and her conspicuous presence in his will was a mystery.

She was not the first woman who had fired his imagination.  As a young man he had fallen deeply in love with Maria Beadnell. A few years later he was stunned by the sudden death of his young sister-in-law, Mary Scott Hogarth, and worshiped her memory for the rest of his life.

Using hundreds of primary sources, Charles Dickens in Love narrates the story of the most intense romances of Dickens’s life, and shows how his novels both testify to his own strongest affections and serve as memorials to the young women he loved all too well, if not always wisely.

Robert Garnett is a graduate of Dartmouth College and the University of Virginia (Ph.D.), and currently Professor of English at Gettysburg College. He has been researching Dickens for over a dozen years, has presented papers on him at many academic conferences, and has published articles on his life and novels in scholarly journals such as Dickens Quarterly and Dickens Studies Annual.

Praise For Charles Dickens in Love…

Garnett discerns the wellspring of the turbid but potent impulses that flow through Dickens’s most complex female characters. Singular scholarship teases out the sources of rare art.
or
Not Currently Available for Direct Purchase
Copyright © 2020 American Booksellers Association