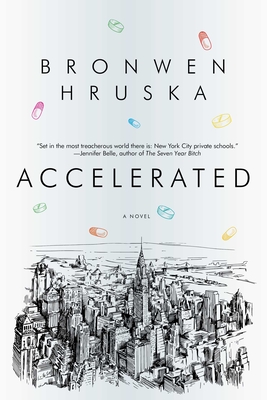 Every afternoon Sean Benning picks up his son, Toby, on the marble steps that lead into the prestigious Bradley School. Everything at Bradley is accelerated—third graders read at the sixth grade levels, they have labs and facilities to rival a university, and the chess champions are the bullies. A single dad and struggling artist, Sean sticks out like a sore thumb amongst the power-soccer-mom cliques and ladies who lunch who congregate at the steps every afternoon. But at least Toby is thriving and getting the best education money can buy. Or is he? When Sea starts getting pressure from the school to put Toby on medication for ADD, something smells fishy, and it isn’t the caviar that was served at last week’s PTA meeting. Toby’s “issues” in school seem, to Sean, to be nothing more than normal behavior for an eight-year-old boy. But maybe Sean just isn’t seeing things clearly, which has been hard to do since Toby’s new teacher, Jess, started at Bradley. And the school has Toby’s best interests at heart, right? But what happens when the pressure to not just keep up, but to exceed, takes hold? When things take a tragic turn, Sean realizes that the price of this accelerated life is higher than he could have ever imagined.

A compelling story about families in a particular segment of society that illuminates the larger human condition.

Riveting. As knowing as it is entertaining.

What starts off as an entertaining if ironic romp through the world of privileged parents and private schools, spins itself into a harrowing tale. A deftly, unexpectedly terrifying first novel.
— A. M. Homes, author of May We Be Forgiven

A smart, sexy thriller balanced on top of a real-life horror story: the irresponsible over-medication of our children by our schools.
— Madison Smartt Bell, author of The Color of Night

Bronwen Hruska, the publisher of Soho Press, has worked as a journalist and screenwriter for twenty years. Her articles have appeared in New York Times, Los Angeles Times, More Magazine, Entertainment Weekly, Cosmopolitan, Village Voice, and San Francisco Chronicle. She has sold an original screenplay to Columbia Pictures and an original television&nbsp;pilots to NBC, CBS, Lifetime, and Sony television. She lives in Manhattan with her two sons.
Loading...
or
Not Currently Available for Direct Purchase