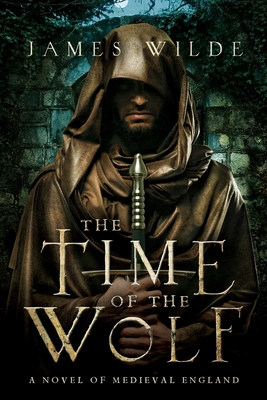 The Time of the Wolf (Paperback)

1062, a time many fear is the End of Days. With the English King Edward heirless and ailing, across the grey seas in Normandy the brutal William the Bastard waits for the moment when he can drown England in a tide of blood. The ravens of war are gathering. But as the king's closest advisors scheme and squabble amongst themselves, hopes of resisting the ambition of the Norman duke come to rest with just one man: Hereward.

But in his country's hour of greatest need, his enemies at court have made him outlaw. To stay alive—and a free man—he must carve a bloody swathe from the frozen lands outside the court.

The tale of a man whose deeds will become the stuff of legend, this is also the story of two mismatched allies: Hereward the man of war, and Alric, a man of peace, a monk. One will risk everything to save the land he loves, the other to save his friend's soul . . .

James Wilde, the pseudonym of Mark Chadbourn, a two-time winner of the prestigious British Fantasy Award, has written a number of widely praised modern fantasy novels. He is also the author of The Time of the Wolf and The Winter Warrior, both available from Pegasus Books. Wilde lives in the heart of a Mercian forest in England.

British
fantasy writer Wilde’s historical covers the chaotic years of 1062 to
1067 as England convulses in civil strife, murders, and royal treachery
while struggling to repel the feared Norman invasion. This is a
masterful tale, graphic and gory, and loaded with medieval history.

Wilde’s novel is fantastically realized. There are strong, believable characters, lashings of fast paced action, but this is matched by some excellent intrigue and betrayal.