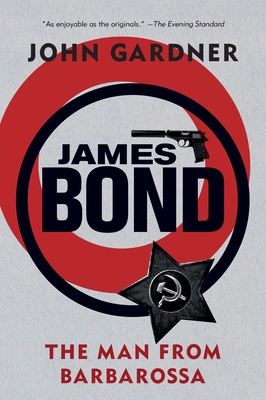 The Man from Barbarossa

Nobody could possibly have foreseen that the abduction of an old man in New Jersey would be the prelude to a drama played out on the world’s stage.

Or that it was the first step in a plot so ingenious and skilful that the stability of nations would rock wildly to its adroit tune. Or that around the world a name now indelibly associated with the horror of genocide—Babi Yar—would once again be headline news. Or that soon an unlikely alliance would take place between the KGB, the Israeli Mossad, and the French and British Secret Intelligence Services. And all because of an organization hitherto unknown, the Scales of Justice.

For James Bond it meant a twist that no-one could have invented in their wildest dreams before the era of Glasnost and perestroika—for this new assignment James Bond would not simply work with his former arch-enemy, the KGB, he would be operating under their control . . .

Praise For James Bond: The Man from Barbarossa…