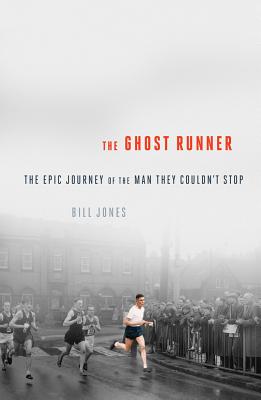 The Epic Journey of the Man They Couldn't Stop

Once a Runner meets Chariots of Fire: the heartbreaking story of the man known as "The Ghost Runner"

The mystery man threw off his disguise and started to run. Furious stewards gave chase. The crowd roared.A legend was born. Soon the world would know him as “the ghost runner,” John Tarrant, the extraordinary man whom nobody could stop. As a hapless teenage boxer in the 1950s, he’d been paid a small sum in expenses. When he wanted to run, he was banned for life. His amateur status had been compromised. Forever. Now he was fighting back, gate-crashing races all over Britain. No number on his shirt. No friends in high places. Soon he would be a record-breaker, one of the greatest long-distance runners the world had ever seen.

Bill Jones worked for Granada Television for twenty-seven years, where he was an award-winning documentary maker. He was researching a documentary about the centenary of the Manchester running club, Salford Harriers, in 1985 when he first came across the story of John Tarrant (a former Harriers member) and it has haunted him ever since. This is his first book.

Praise For The Ghost Runner: The Epic Journey of the Man They Couldn't Stop…

A fascinating study of one man’s obsession and the heartless,hypocritical bureaucracy that aligned itself against him. Unforgettable reading.
or
Not Currently Available for Direct Purchase
Copyright © 2020 American Booksellers Association