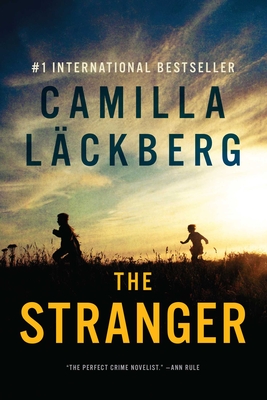 A local woman is killed in a tragic car crash, but it isn’t a clear-cut drunk driving case. The victim’s blood contains high alcohol levels, but she rarely drank a drop. Meanwhile, a reality television show begins shooting in the town, and as cameras shadow the stars’ every move, tempers start to flare. When a party ends with an unpopular contestant’s murder, all eyes turn to the cast and crew—could there be a murderer among them? The ratings spike as the country tunes in to a real-life murder mystery. detective patrik Hedstrom finds himself increasingly unable to focus on the strange circumstances of the first case, but what if that holds the key to a series of other unsolved cases across Sweden? Under the unforgiving media spotlight, Patrik tackles his toughest investigation yet.

As with all Scandinavian murder mysteries, it’s darker, bleaker, and the plot far more sinister than similar american fare. Stieg Larsson fans who give Läckberg’s novel a chance to seduce them will be rewarded.

Haunting. Läckberg skillfully details how horrific secrets are never completely buried and how silence can kill the soul.

Camilla Lackberg worked as an economist in Stockholm until a course in creative writing triggered a drastic career change. Her novels have all been #1 bestsellers in Sweden, and she is the most profitable native author in Swedish history. She was recently the #1 bestselling female author in Europe, and her novels have been sold in thirty-five countries. Her previous novels include The Stonecutter and The Stranger, which is available from Pegasus Books. Camilla lives in a suburb of Stockholm with her family.
Loading...
or
Not Currently Available for Direct Purchase