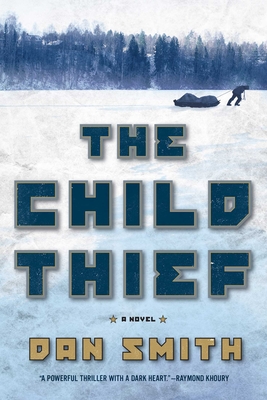 December 1930, Ukraine. Luka is a war veteran who now wants only to have a quiet life with his family. His village has, so far, remained hidden from the advancing Soviet brutality. But everything changes the day the stranger arrives, pulling a sled bearing a terrible cargo. When the villagers’ fear turns deadly, they think they have saved themselves. But their anger has cursed them: in the chaos, a little girl has vanished. Luka is the only man with the skills to find who could have stolen a child in these frozen lands – and besides, the missing girl is best friend to Luka’s daughter, and he swears he will find her. Together with his sons, Luka sets out in pursuit across lands ravaged by war and gripped by treachery. Soon they realize that the man they are tracking is no ordinary criminal, but a skillful hunter with the child as the bait in his twisted game. It will take all of Luka’s strength to battle the harshest of conditions, and all of his wit to stay a step ahead of Soviet authorities. And though his toughest enemy is the man he tracks, his strongest bond is a promise to his family back home.

Praise For The Child Thief…

From the arresting opening to the tense finale, Smith doesn’t hit a false note in this captivating tale of the power of the human spirit when pushed to the brink.

In a style that methodically builds suspense, Smith delivers the story of a hero able to rise to the challenge in the face of escalating troubles.

He writes like the very best American thriller writers. Cancel all other engagements for the day.

Among other novels, Dan Smith is the author of The Child Thief, which is also available from Pegasus Crime. He lives in Newcastle with his family. Find out more about Dan, his novels, and the places that inspire them at www.dansmithbooks.com
Loading...
or
Not Currently Available for Direct Purchase