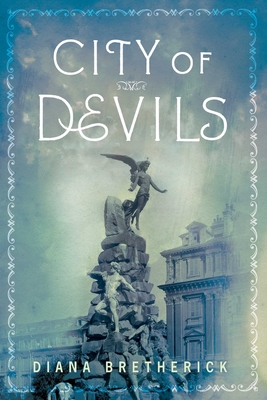 Turin, Italy 1887. When James Murray, a young Scottish doctor fascinated by the workings of the criminal mind, travels to the vibrant city of Turin, it is to study with Cesare Lombroso, the world-renowned criminologist. But just hours after his introduction to the unconventional Lombroso, the discovery of a horrifically mutilated body in the nearby Piazza Statuto—and a note that appears to implicate the celebrated criminologist himself—changes everything.With the help of his fellow apprentice, Ottolenghi; a local investigator, Tullio; and Lombroso’s beautiful but enigmatic housekeeper, Sofia; Murray must put his learning to the test and endeavor to understand the mind of a malevolent serial killer, if he is to stop the rapidly escalating bloodbath and clear the name of his mentor.Have Lombroso’s many enemies attempted to frame him? Are the notes an accusation or a challenge? And will Lombroso’s own influential theories about criminal behavior hold the keys to Murray catching a cunning and ruthless killer?

Praise For City of Devils…

Bretherick weaves together a number of strands into a complex tale that ends with a genuinely surprising revelation of the identity of the murderer. This is a historical crime novel with real originality and narrative energy.

Vivid descriptions of late 19th-century Turin, so real the reader can almost smell and taste the city, enhance this enthralling debut crime novel. Readers of historical crime fiction who are interested in forensics and criminology will eat up this novel.

A young Scotsman (I imagined Arthur Conan Doyle or Robert Louis Stevenson) travels to Italy at the cusp of the 20th century to study under a master criminologist whose controversial theories are under attack, including from a serial killer who may be taunting the teacher in this fascinating historical thriller.

Vivid evocations of Turin and the scientific milieu of the day.

Diana Bretherick, a former criminal defense attorney, is a lecturer in criminology and criminal law at Portsmouth University in England. She won the Good Housekeeping new novel competition last year for City of Devils.
Loading...
or
Not Currently Available for Direct Purchase