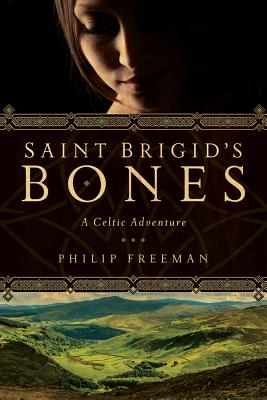 In an evocative Celtic novel set in a time when druids roamed the land, lively young sister Deirdre embarks on a mission to find the stolen bones of her convent’s patron saint.

In ancient Ireland, an island ruled by kings and druids, the nuns of Saint Brigid are fighting to keep their monastery alive. When the bones of Brigid go missing from their church, the theft threatens to destroy all they have worked for. No one knows the danger they face better than Sister Deirdre, a young nun torn between two worlds. Trained as a bard and raised by a druid grandmother, she must draw upon all of her skills, both as a bard and as a nun, to find the bones before it is too late.

The pacing and suspense were very well stylized, and I was happy to see that Philip Freeman plans on publishing a second novel featuring the lively Sister Deirdre.

Philip Freeman received his Ph.D. in Classics and Celtic Studies at Harvard University and holds the Qualley Chair of Classical Languages at Luther College. He is the author of thirteen books, including a number of nonfiction titles and his fictional Sister Deirdre series, Saint Brigid’s Bones and Sacrifice. His most recent work, Searching for Sappho, was published by W. W. Norton in 2016. Philip lives in Decorah, Iowa.
Loading...
or
Not Currently Available for Direct Purchase