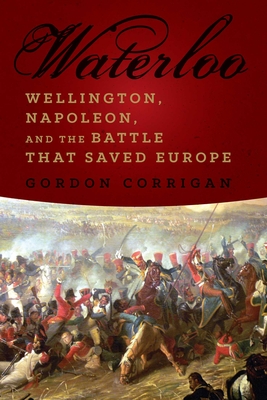 Wellington remarked that Waterloo was “a damned nice thing,” meaning uncertain or finely balanced. He was right. For his part, Napoleon reckoned “the English are bad troops and this affair is nothing more that eating breakfast.” He was wrong—and this gripping and dramatic narrative history shows just how wrong. Fought on Sunday, June 18th, 1815, by some 220,000 men over rain-sodden ground in what is now Belgium, the Battle of Waterloo brought an end to twenty-three years of almost continual war between imperial France and her enemies. A decisive defeat for Napoleon and a hard-won victory for the Allied armies of the Duke of Wellington and the Prussians, led by the stalwart Marshal Blucher, it brought about the French emperor’s final exile to St. Helena and cleared the way for Britain to become the dominant military power in the world.The Napoleonic Wars are a source of endless fascination and this authoritative volume provides a wide and colorful window into this all-important climatic battle.

Those interested in military history, particularly that of England or France, will love the detail in this volume. Corrigan keeps things exciting by blending his own brand of wit with historical fact.

A clear narrative of the major activities of all three armies.  Corrigan has a soldier's eye for the influence of the terrain on the battle.

Gordon Corrigan is a member of the British Commission for Military History and a Fellow of the Royal Asiatic Society. He is the author of The Second World War. Gordon lives in England.
Loading...
or
Not Currently Available for Direct Purchase