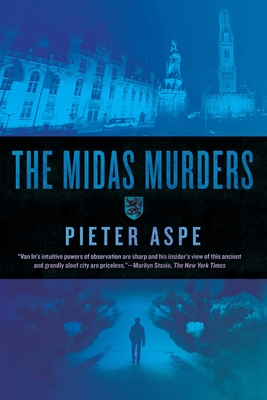 One quiet snow-covered Sunday morning in Bruges, a prominent business executive is found dead in the streets, apparently due to an alcoholic hemorrhage, but for Inspector Van In, there is something about the autopsy that does not add up. When he questions the businessman’s friend, a Dutchman, he too is found dead the next morning, burned to death in a house fire.When there is an explosion in the middle of a popular tourist area in downtown Bruges, Van In strives to find the connection between the three incidents, but no one is coming forward to claim responsibility for this terrorist attack. Just an anonymous letter to the police, threatening more bombings—unless they cooperate with a series of demands that would undermine the entire city government. Aided by the spunky and beautiful assistant DA, Hannelore Martens, Inspector Van In finds himself enmeshed in the case that threatens not just the lives of countless innocent people, but the heart of the city he loves.

Van In’s intuitive powers of observation are sharp and his insider’s view of this ancient and grandly aloof city are priceless.  It’s all intricately plotted by Aspe, and handily solved by Van In between bouts of colorful behavior.

Should appeal to readers who love Northern European noir. … [A] good destination mystery.

Aspe has been likened to another Belgian novelist, the astonishingly prolific Georges Simenon.