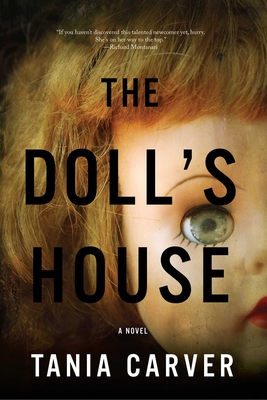 From the outside, the house was unremarkable. Just one of many on an ordinary, suburban estate. But inside was a different matter. With pink ribbons and pink walls, stuffed toy animals everywhere and a dining table laid out for a tea party, it was a doll's house.The doll was sitting at the table. Life size, with blonde, pigtailed hair and rosy red cheeks, dressed in her best pink party dress. Her finger and thumb curled round the handle of a fine china teacup.An adult woman. Covered in blood. Eviscerated. Dead.In all his years on the force, Detective Inspector Phil Brennan of the Major Incident Squad has never encountered a scene like it. As he investigates he uncovers more bizarre revelations and knows that he must act fast; the next murder has already been planned and the victim is closer to home that he realizes . . .

Praise For The Doll's House…

Carver’s expert timing is aided by her prose: deceptively laconic but with a constant forward push. Everything, it turns out, is done for a reason.

Carver never crosses the line into gratuitous violence, while myriad clues and surprising twists keep the reader off-kilter. Fans of Mo Hayder, Chelsea Cain and Karin Slaughter will find much to like.

A dark, sexy, relentlessly suspenseful thriller. if you haven’t discovered this talented newcomer yet, hurry. She’s on her way to the top.

If you are unfamiliar with Tania Carver (the collaborative pen name for authors Martyn and Linda Waites) and the Brennan & Esposito series, you are in for the thrill of discovery once you pick up and begin reading The Doll's House. The fifth in a remarkable police procedural series set in England, it is the best of the lot to date, an unforgettable tale that you won’t want to put down. A terrific, if dark and disturbing work.

Keep the lights on for this one. Carver has delivered another utterly terrifying, yet believable chiller.