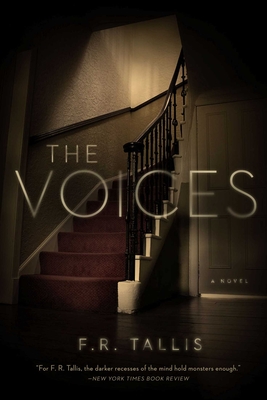 In the scorching summer of 1976—the hottest since records began—Christopher Norton, his wife Laura and their young daughter Faye settle into their new home in north London. The faded glory of the Victorian house is the perfect place for Norton, a composer of film soundtracks, to build a recording studio of his own. But soon in the long, oppressively hot nights, Laura begins to hear something through the crackle of the baby monitor. First, a knocking sound. Then come the voices.For Norton, the voices mark an exciting opportunity. Putting his work to one side, he begins the project of a lifetime—a grand symphony incorporating the voices±—and becomes increasingly obsessed with one voice in particular. Someone who is determined to make themselves heard . . .

Praise For The Voices…

Tallis is a master of psychological suspense, and this
novel, which reaches its climax during the London heat wave of 1976,
is utterly gripping.


Recommended for fans of thrillers in the gothic tradition, such as Ira Levin’s Rosemary’s Baby and Shirley Jackson’s work.


A chilling tale of supernatural snooping. On its surface, The Voices is a ghost story set in a haunted house. But its historical setting adds complexity. This horror story is undeniably hair-raising.


Set in the '70s, this is sophisticated creep, spellbinding and sinister, but it's also about a marriage in decay and a house that's encouraging it.