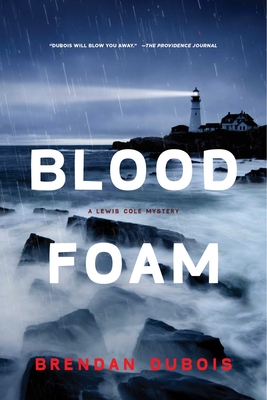 In the new novel in the acclaimed Lewis Cole mystery series, award-winning author Brendan DuBois launches Lewis Cole on a quest to track down the fiancé of a close friend.

A wounded and healing Lewis Cole—retired Department of Defense analyst and magazine columnist—returns to his fire-damaged home on Tyler Beach with two things on his mind: to recover from a bullet wound and to repair his nearly two hundred-year-old home before a hurricane scours his house into the unforgiving ocean.

But just when his work has begun, former lover and journalist Paula Quinn comes to him with an urgent request. Her fiancé, attorney Mark Spencer, has gone missing. Phone calls, e-mails, and text messages have gone unanswered. His car is gone, and his home is empty.

Lewis is Paula’s last hope to find her missing fiancé, and despite his fear for what might happen to his home, Lewis agrees to search for the missing attorney.

But one puzzling aspect of Mark’s life leads to Lewis asking more questions . . . until gunfire suddenly erupts in placid downtown Tyler. And Lewis and Paula find themselves on the run from a deadly gang, who are also searching for Mark Spencer—to find him and kill him for a past betrayal. So Lewis begins a difficult quest while his own world is threatened by ruthless men and gathering storm clouds.

Dubois' thrillers starring Lewis Cole can be picked up at any point in the series, but fans who have been reading them from the start will really appreciate how Dubois’ characters keep getting back up after being tossed around by life. Dubois gives us scene upon scene of incredible tension, relieved by Cole’s mordant wit, and building to a truly gasp-inducing climax. Dubois gives the reader both exquisite suspense and deeply realized characters.

I've been reading in the genre for decades, so it comes as a very pleasant surprise for me to encounter the work of someone as accomplished as Brendan Dubois. I was held rapt by the adventures of Lewis Cole and company in Blood Foam. I eagerly look forward to sampling more of Mr. DuBois' wares.


DuBois has created a fascinating character in Lewis Cole.

It is impossible for me to overpraise Brendan DuBois.
— Otto Penzler, The Mysterious Bookshop

With
a pleasantly complicated plot and interesting characters, it's a suspenseful,
entertaining read.

Series
fans will enjoy the ride.

The hero handles his predicament successfully and to this reader’s immense satisfaction.
— Eugen Weber

Brendan DuBois is the award-winning author of sixteen novels and more than 120 short stories. His short stories have twice won him the Shamus Award from the Private Eye Writers of America and have also earned him three Edgar Award nominations. He is the author of the Lewis Cole mystery series. including Fatal Harbor, Blood Foam, and Storm Cell, which are all available from Pegasus Books. Brendan lives in New Hampshire. Visit his website at www.BrendanDuBois.com.
Loading...
or
Not Currently Available for Direct Purchase