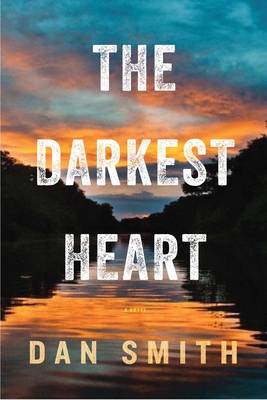 A journey through the shadowy heart of Brazil and the even darker mind of a killer, in the new literary thriller by critics' favorite Dan Smith.

Leaving behind his life of violence in Brazil's darkest shadows, Zico is determined to become a better man. But it seems his old life isn't quite done with him yet when he's tasked with making one last kill. It's one that could get him everything he has ever wanted; a house, some land, cash in his pocket, a future for him and his girlfriend, Daniella. But this one isn't like all the others. This one comes at a much higher price.

The Darkest Heart is a journey through the shadowy heart of Brazil and the even darker mind of a killer, where fear is a death sentence and the only chance of survival might mean abandoning the only good thing you've ever known.

Among other novels, Dan Smith is the author of The Child Thief, Red Winter and The Darkest Heart, which are also available from Pegasus Crime. He lives in Newcastle with his family. Find out more about Dan, his novels, and the places that inspire them at www.dansmithbooks.com.

Praise For The Darkest Heart: A Novel…

An unusually thoughtful, complex narrator who
describes the river world with perceptive beauty while deftly sidestepping
threats and battling his conscience. A perfect summer-reading finale for fans
of international crime fiction.

A
journey of trials and confrontations through the depths of the Amazon jungle.
The heat, humidity and the smell of the river seem to emanate from the pages as
Zico plunges deeper into his nightmare. It’s a dark and gripping tale of love
and hoped-for redemption.

Though this thriller takes place in Brazil, its appeal is universal, so well-executed and its protagonist so accessible and relatable that cultural differences are irrelevant; the unpredictability of human nature has no borders. Richly atmospheric, The Darkest Heart is poignant, troubling and ultimately profound.


Smith recreates the horrible atrocities and constant danger so vividly you can’t help but glance over your shoulder. Each character and incident is memorable, so much so that the day may be sweltering as you read, but the wintry chills make you shiver. Highly recommended.

A riveting existential thriller. Smith (The Child Thief) does a good job depicting the stark choices his characters must face along the way to the stirring climax.


It wrapped me up and
held me until the final page. Smith weaves a love story into an action packed
thriller with a superb cast of villains. His prose is sound and the dialogue
between characters is genuine. A thriller with a satisfying climax.

Smith’s
latest is a winner.

Showing the same skills that he exercised in The Child Thief, Smith has fashioned a story of page-turning intensity.