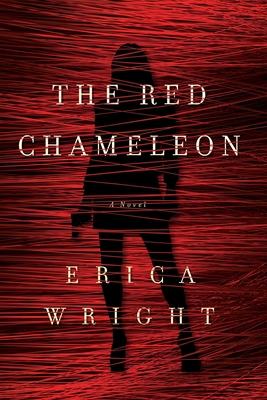 As a private investigator, Kathleen Stone relies on her ability to blend into the background. Aided by her street-smart drag queen friend and the best wigmaker in New York City, she feels confident that her camouflage is up to snuff. But when a cheating spouse she’s been trailing ends up dead under suspicious circumstances, she fears that someone she angered in her past job—busting gangs and drug dealers as an undercover cop—has seen through her disguises. Now she must work with her former colleagues in the NYPD to solve the case before she’s the next victim.

Praise For The Red Chameleon…

Erica Wright is a senior editor at Guernica magazine. She is also the author of the poetry collection Instructions for Killing the Jackal (Black Lawrence Press, 2011), and her work has appeared or is forthcoming in BOMB,New Orleans Review, and Paste, among other publications. She attended NYU, where she won the Thomas Wolfe Prize, and received her MFA in Poetry from Columbia. She has taught creative writing at Marymount Manhattan College, Columbia, 92YTribeca, and NYU. Her time as an instructor at John Jay College of Criminal Justice sparked her interest in crime writing.
Loading...
or
Not Currently Available for Direct Purchase