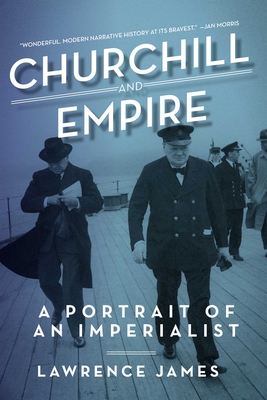 One of our finest narrative historians, Lawrence James has written a genuinely new biography of Winston Churchill, one focusing solely on his relationship with the British Empire. As a young army officer in the late nineteenth century serving in conflicts in India, South Africa, and the Sudan, his attitude toward the Empire was the Victorian paternalistic approach—at once responsible and superior. Conscious even then of his political career ahead, Churchill found himself reluctantly supporting British atrocities and held what many would regard today as prejudiced views, in that he felt that some nationalities were superior to others, his (some might say obsequious) relationship with America reflected that view. This outmoded attitude was one of the reasons the British voters rejected him after a Second World War in which he had led the country brilliantly. His attitude remained decidedly old-fashioned in a world that was shaping up very differently. This ground-breaking volume reveals the many facets of Churchill’s personality: a visionary leader with a truly Victorian attitude toward the British Empire.

Praise For Churchill and Empire…

[A] brisk, thorough, and revisionist study … James has a gift for narrative. … Churchill and Empire is a thoughtful, searching look at British imperial rule and its most eloquent champion.


Scholars usually reject Churchill's view of the British Empire as an essentially beneficent and civilizing force as self-serving hypocrisy. But James does not superficially endorse this view. Careful readers will find an account that reveals genuineness to the dilemma he faced: whether the process of bringing civilization to those who lacked it was compatible with their coercion.

This is a stylish, intelligent, and readable book.

James has a gift for writing generally pithy prose.

Should enlighten and entertain readers who wish to learn more about an empire that was more extensive and arguably more influential that that of Rome.

One of our finest narrative historians, especially on imperial subjects, Lawrence James is the author of The Rise and Fall of the British Empire, Raj, and The Aristocrats. He lives near Oxford.
Loading...
or
Not Currently Available for Direct Purchase