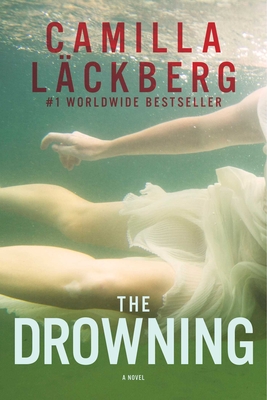 From worldwide bestseller Camilla Läckberg: a new novel from a reclusive Fjallbacka resident has enraptured the community—but what secrets and tragedies are lurking behind the pages and threatening to come to life?

Christian Thydell’s dream has come true. His debut novel, The Mermaid, has been published to rave reviews. So why is he as distant and unhappy as ever?

When crime writer Erica Falck, who helped Christian discover and develop his talents, learns he has been receiving anonymous threats, she investigates not just the messages but also the young author mysterious past. Then, one of Christian’s closet friends, Magnus, goes missing.

Erica’s husband, Detective Patrik Hedström, has his worst suspicions confirmed as the mind-games aimed at Christian become a disturbing reality. Christian's group of friends—a “gang of four” from childhood—is a tangled web of relationships, love triangles, and family secrets that Erica and Patrick must unravel in order to discover what really happened to Magnus and who is still threatening Christian.

But, with the victims themselves concealing evidence, the investigation is going nowhere. Is their silence driven by fear or guilt? What is the secret they would rather die to protect than live to see revealed?

Praise For The Drowning: A Novel…

"The Drowning may be [Läckberg's] finest work to date; it’s a cold-as-steel chiller that will get deep under your skin and threaten to stay there."
— Bookreporter.com

"Of the mini-Larssons who have arrived on these shores since The Girl with the Dragon Tattoo, Camilla Läckberg may be the best."
— USA TODAY

"A rich community of characters, dramatic scenes of violence, and a haunting tone. A stunning cliffhanger climax."
— Publishers Weekly

"Another sweeping small-town Nordic thriller. It’s a thick novel that should delight Läckberg’s fans with a rich cast of characters and a surprise ending."
— Minneapolis Star Tribune

"There is a good mystery in The Drowning. A fast-moving ending holds a cliffhanger as the last and final gasp. Entertaining."
— Suspense Magazine

"Readers who enjoy works by Stieg Larsson and Henning Mankell are sure to like her novels. A pleasurably creepy read. A cliffhanger ending will keep readers clamoring for more of Läckberg's books to be translated into English."
— Shelf Awareness

"You might want to thing twice about reading this at home alone at night."
— New York Post

Camilla Lackberg worked as an economist in Stockholm until a course in creative writing triggered a drastic career change. Her novels have all been #1 bestsellers in Sweden, and she is the most profitable native author in Swedish history. She was recently the #1 bestselling female author in Europe, and her novels have been sold in thirty-five countries. Her previous novels include The Stonecutter and The Stranger, which is available from Pegasus Books. Camilla lives in a suburb of Stockholm with her family.
or
Not Currently Available for Direct Purchase