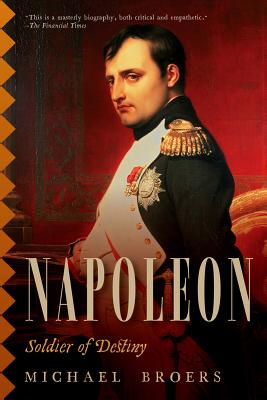 Written with great energy and authority?and using the newly available personal archives of Napoleon himself?the first volume of a majestic two-part biography of the great French emperor and conqueror.

Michael Broers is a professor of Western European history at Oxford University. He is the author of The Napoleonic Empire in Italy, winner of the Grand Prix Napoleon Prize, and Napoleon: Soldier of Destiny (Pegasus). He lives in Oxford, England.
Loading...
or support indie stores by buying on
(This book is on backorder)