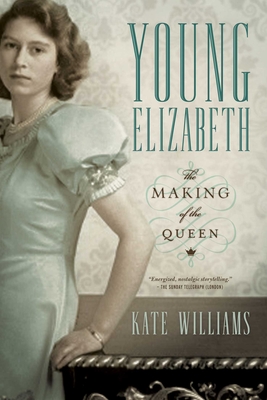 We can hardly imagine a Britain without Elizabeth II on the throne. It seems to be the job she was born for. And yet for much of her early life the young princess did not know the role that her future would hold. She was our accidental Queen.Elizabeth's determination to share in the struggles of her people marked her out from a young age. Her father initially refused to let her volunteer as a nurse during the Blitz, but relented when she was 18 and allowed her to work as a mechanic and truck driver for the Women's Auxiliary Territorial Service. It was her forward-thinking approach that ensured that her coronation was televised, against the advice of politicians at the time. Kate Williams reveals how the 25-year-old young queen carved out a lasting role for herself amid the changes of the 20th century. Her monarchy would be a very different one to that of her parents and grandparents, and its continuing popularity in the 21st century owes much to the intelligence and elusive personality of this remarkable woman.

This lively, gossipy narrative offers a sympathetic portrait
of a young woman whose path to the throne resulted from two unexpected events:
the abdication of her uncle, Edward VIII, which made her father King George VI;
and her father's early death, which elevated 25-year-old Elizabeth to queen of
England. A celebratory and entertaining royal biography.

A
briskly written, admirably probing, and sympathetically voiced exploration of
the elements that went into the formation of the woman we now know to be a very
successful monarch.

Offering a gracious yet honest viewpoint of the
strengths and weaknesses of the longest-reigning monarch, Williams tours
Elizabeth’s beginning years and illuminates the often overlooked humanity of
her personal life. This eloquent and engaging account will appeal to those
interested in British history and the early life of Queen Elizabeth II.

Williams (Becoming Queen Victoria) dives into the life of the U.K.’s reigning monarch. She documents the ease with which Elizabeth, with her penchant for order and composure, fell into her new role. The research is all-encompassing.


Williams has penned a biography that draws us in and makes us feel as though we're intimately acquainted with a woman who is recognized by millions but truly known by just a few.

An airy and affectionate account of Princess
Lilibet's upbringing and ascension to the throne.

An accomplished history, told with literary
grace and intellectual confidence.

It is a fascinating story.