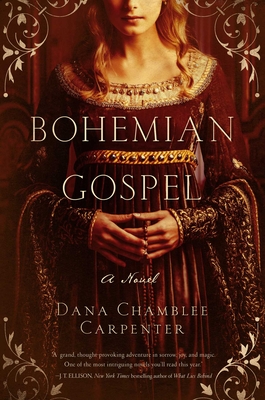 Thirteenth-century Bohemia is a dangerous place for a girl, especially one as odd as Mouse, born with unnatural (perhaps supernatural) senses and an uncanny intellect. Is young Mouse a child of the church or a demon of questionable lineage? Even Mouse doesn't know for sure. When young King Ottakar shows up at the Abbey wounded by a traitor's arrow, Mouse breaks every church rule to save him. A nascent but powerful attraction sways Mouse to flaunt all propriety and travel with the handsome King to Prague as his personal healer. Caught in the undertow of court politics, Ottakar and Mouse work to uncover the threat against him and to unravel the mystery of her past as they try to find a way they can be together. But when Mouse's unusual gifts give rise to a violence and strength that surprise everyone—especially herself—she is forced to ask herself: Will she be prepared for the future that awaits her? A heart-thumping, highly original tale in the vein of Elizabeth Kostova's The Historian, Bohemian Gospel heralds the arrival of a fresh new voice for historical fiction.

Dana Chamblee Carpenter is the award-winning author of short fiction that has appeared in The Arkansas Review, Jersey Devil Press, and Maypop. Her debut novel, Bohemian Gospel, won Killer Nashville's 2014 Claymore Award. She teaches creative writing and American Literature at a private university in Nashville, TN, where she lives with her husband and two children.
Loading...
or
Not Currently Available for Direct Purchase