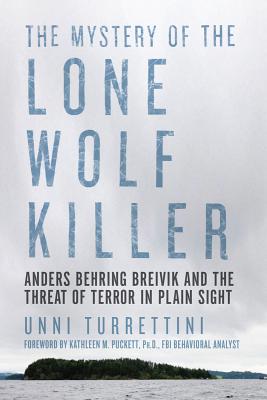 The Mystery of the Lone Wolf Killer (Hardcover)

Anders Behring Breivik and the Threat of Terror in Plain Sight

For the first time, the life and mind of Anders Behring Breivik, the most unexpected of mass murderers, is examined and set in the context of wider criminal psychology.

July 22, 2011 was the darkest day in Norway’s history since Nazi Germany’s invasion. It was one hundred eighty-nine minutes of terror—from the moment the bomb exploded outside a government building until Anders Behring Breivik was apprehended by the police at Utøya Island. Breivik murdered seventy-seven people, most of them teenagers and young adults, and wounded hundreds more. The massacre left the world in shock.

Breivik is a new type of mass murderer, and he is not alone. Indeed, he is the archetypal "lone wolf killer," often overlooked until the moment they commit their crime. He has inspired others like him, just as Breivik was inspired by Timothy McVeigh and Theodore Kaczynski. No other killer has murdered more people single-handedly in one day. Adam Lanza studied Breivik’s now infamous manifesto prior to his own unthinkable crime. Breivik was Lanza’s role model, as he will no doubt be for others in the future who are frustrated with their societies, and most of all, their lives.

Breivik is also unique as he is the only "lone wolf" killer in recent history to still be alive and in captivity. With unparalleled research and a unique international perspective, The Mystery of the Lone Wolf Killer examines the massacre itself and why this lone-killer phenomenon is increasing worldwide.

Unni Turrettini was born in northern Norway and grew up in Drammen, a city near Oslo. As a foreign exchange student, she graduated from high school in Kansas City, Kansas, and she has law degrees from Norway, France, and the United States. After twenty years abroad, she currently lives with her family in Oslo. Unni is the author of The Mystery of the Lone Wolf Killer, about Anders Behring Breivik, which was the winner of the 2016 Silver Falchion Award, and she works regularly with female leaders and is an active public speaker in Europe and the United States.

Praise For The Mystery of the Lone Wolf Killer: Anders Behring Breivik and the Threat of Terror in Plain Sight…

"The author's argument has wide application: namely, that by overlooking announcements of intent, in effect, that these killers often make before acting, law enforcement officials will miss the lone wolf killers among us. An urgent but evenhanded treatise that deserves a wide readership."
— Kirkus Reviews

"The thesis, that lone wolves can be identified only by sensitive observation by the communities within which they attempt to form connections, is believable and clearly stated. This will appeal to readers interested in criminology, sociology, and psychology."
— Library Journal
or support indie stores by buying on
(This book is on backorder)
Copyright © 2020 American Booksellers Association