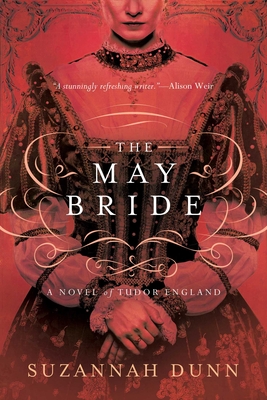 Jane Seymour is a shy, dutiful fifteen-year-old when her eldest brother, Edward, brings his bride home to Wolf Hall. Katherine Filliol is the perfect match for Edward, as well as being a breath of fresh air for the Seymour family, and Jane is captivated by the older girl.Only two years later, however, the family is torn apart by a dreadful allegation—that Katherine has had an affair with the Seymour patriarch. The repercussions for all the Seymours are incalculable, not least for Katherine herself. When Jane is sent away to serve Katharine of Aragon, she is forced to witness another wife being put aside, with terrible consequences. Changed forever by what happened to Katherine Filliol, Jane comes to understand that, in a world where power is held entirely by men, there is a way in which she can still hold true to herself.

Praise For The May Bride…

Rich in period detail, The May Bride will appeal to readers who enjoy a domestic drama set in the world of Henry VIII without court intrigue or extensive battle scenes.


Dunn brings a fresh voice to historical fiction, embracing the humanity of her characters in modern language. Yet it is her exposure of the innermost secrets of the nobility that will resonate most with historical fiction fans.

Suzannah Dunn is the author of nine previous novels. Her most recent novel, The Confession of Katherine Howard is a magisterial return to the court of Henry VIII. Suzannah lives in England.
Loading...
or
Not Currently Available for Direct Purchase