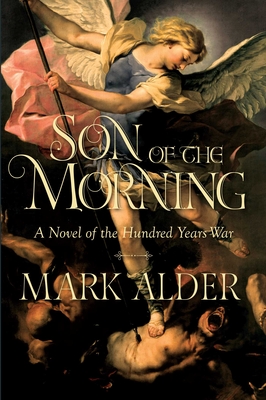 Son of the Morning

England, 1337: Edward III is beset on all sides. He needs a victory against the French to rescue his throne, but he's outmanned. King Philip VI can put 50,000 men in the field, but he is having his own problems: he has sent his priests to summon the angels themselves to fight for France, but the angels refuse to fight, and Philip won't engage the battle without the backing of the angels.As England and France head toward certain war, Edward yearns for God's favor but as a usurper, can't help but worry—what if God truly is on the side of the French? Edward could call on Lucifer and open the gates of Hell and take an unholy war to France...for a price. Mark Adler breathes fresh and imaginative life into the Hundred Years War in this sweeping historical epic.

Praise For Son of the Morning…

Alder manages to reinvent the historical wheel. In order for a historical fantasy to seem plausible and draw the reader in completely, the fantastical elements need to be interwoven flawlessly into the narrative. Alder does an excellent job of showing how important angels and demons are to success in this alt-medieval world.

The infusion of angels, demons, and devils into a novel of medieval history is so realistic one wonders why it hasn’t been done before. A massive cast of characters, both fictional and historical, add to the rich complexity. Since the story ends before the war concludes, one hopes a sequel will be forthcoming. This dramatic retelling of the events of the Hundred Years’ War will find an audience with fans of historical and fantastical fiction.

Fans of alternate history leavened with wry humor will enjoy this fast-moving epic from the author of the Wolfsangel series. Alder effectively employs a large cast, including historical figures as well as his own inventions, while making it easy for the reader to keep track of who’s who.

Son the Morning is a smart, gripping historical fantasy.


Mark Alder offers us Son of the Morning, a novel in the currently fashionable fantasy-history genre, set in the early years of the Hundred Years War. It's a war fought on earth but also in the heavens—angels and demons share in the Anglo-French conflict. Religion (Christian and pagan), magic, politics and potent emotions all go into the mix. Perhaps that mix was a reality in the 1330s and 40s. Perhaps it still is. Alder's pages stir up the primeval. Be warned!

A bold, daring, and utterly original plunge into an alternate universe, one that exists by its own rules, and yet is eerily familiar. Son of the Morning is a breathtakingly imaginative retelling of history as it has never been told before.

A stunning novel. Like a master magician, Mark Alder prises open the pages of history to reveal the truly fantastical world hiding behind real events, one where angels and demons rub shoulders with kings and commoners. Highly addictive.
— Mark Chadbourn, author of Time of the Wolf

What the author has accomplished here is nothing short of remarkable, providing a rich window into an alternative history that hits all the right notes. It is a novel that demands to be read.

The author puts us in the heads of many fascinating characters. An appreciation of metaphor and the tropes of the paranormal should make the seven hundred pages worth the read.

Mark Alder writes for The Guardian and lives in Brighton with his wife and daughter.
Loading...
or
Not Currently Available for Direct Purchase