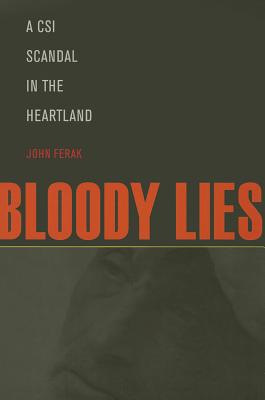 A CSI Scandal in the Heartland

The remote farming community of Murdock, Nebraska, seemed to be the least likely setting for one of the heartland's most ruthless and bloody double murders in decades. In fact, the little town had gone more than a century without a single homicide. But on the night of Easter 2006, Wayne and Sharmon Stock were brutally murdered in their home. The murders garnered sensational frontpage headlines and drew immediate statewide attention. Practically everybody around Murdock was filled with fear, panic, and outrage. Who killed Wayne and Sharmon Stock? What was the motive? The Stocks were the essence of Nebraska's all-American farm family, self-made, God-fearing, and of high moral character. Barely a week into this double murder investigation, two arrests brought a sense of relief to the victims' family and to local residents. The case appeared to fall neatly into place when a tiny speck of murder victim Wayne Stock's blood appeared in the alleged getaway car.

Then, an obscure clue left at the crime scene took the investigation down a totally different path, stretching into Iowa, Louisiana, New York, Texas, and Wisconsin. By the time this investigation was over, the charges against the original suspects were dismissed and two new individuals emerged from the shadows. Author John Ferak covered the Stock murders from the very beginning, including all of the trial proceedings. When the criminal prosecution finally ended in 2007, he remained puzzled by one nagging question: Why was the blood of victim Wayne Stock in a car that was ultimately proven to have no connection to the murders?

Over the next few years, the astonishing "bloody lies" were revealed, culminating in a law enforcement scandal that turned the case on its head and destroyed the career of Nebraska's celebrated CSI director, David Kofoed.

John Ferak is an award-winning Gannett Wisconsin Media investigative team editor. He worked in Nebraska for nine years at the Omaha World-Herald, where he chronicled the shocking Stock murders. He has worked as a reporter for the South Bend Tribune in Indiana, the Arlington Heights Daily Herald near Chicago, and as an editor at the Green Bay Press-Gazette in Wisconsin
or
Not Currently Available for Direct Purchase
Copyright © 2020 American Booksellers Association