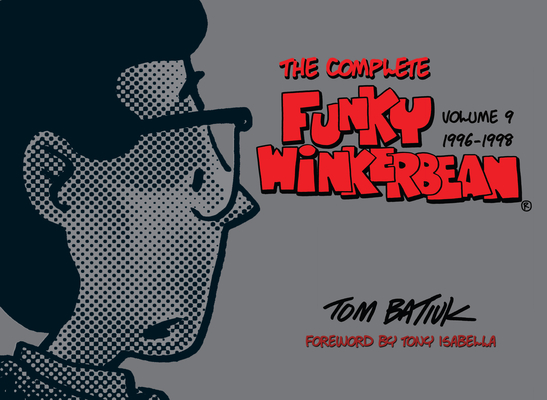 Balancing humor with sensitivity to tell stories we need to hear

Funky Winkerbean, a newspaper staple since 1972, is one of the few comic strips that allows its characters to grow and age. With this ninth volume of the collected Funky Winkerbean, containing strips from 1996-1998, time continues to pass and events take place that will forever alter the lives of the core characters, even as new characters take the stage with stories to tell.

Tom Batiuk's narrative humor style now grows to encompass such diverse events as retirement, weddings, the treatment of immigrants, dating abuse, and post office bombings. Some of the stories can be told over a cup of coffee, while others require a full-on Roman feast. As the stories become more universal, the humor in Funky continues to become an integral part of the ongoing narrative.

Tom Batiuk is a graduate of Kent State University. His Funky Winkerbean and Crankshaft comic strips are carried in hundreds of newspapers throughout the United States. He was recognized as one of three finalists in the editorial cartooning category of the 2008 Pulitzer Prize awards competition for the singular series of daily comic strips that chronicled the death of longtime character Lisa Moore, which were collected in the book Lisa's Story. His Complete Funky Winkerbean series and Roses in December were finalists for the 2016 Eisner Awards.
Loading...
or
Not Currently Available for Direct Purchase