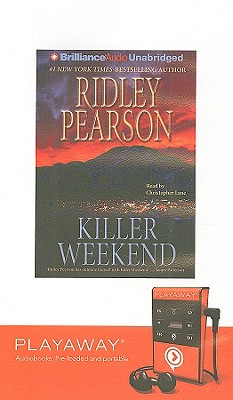 Eight years ago, in Sun Valley - snowcapped playground for the wealthy and ambitious - all that stood between New York State attorney general Elizabeth Shaler and a knife-wielding killer was local patrolman Walt Fleming. Now Liz Shaler returns to Sun Valley as the crown jewel and keynote speaker for billionaire Patrick Cuttera (TM)s world-famous C3, a media and communications conference where the richest, most powerful business tycoons converge. The attorney general, a political lightning rod, is expected to announce her candidacy for president. Ita (TM)s a media coup for Cutter - but a security nightmare for Walt Fleming, now the county sheriff.
As C3 gets under way, authorities learn of a confirmed threat on Shalera (TM)s life, and various competing interests - the Secret Service, the FBI, Cuttera (TM)s own security forces - begin jockeying for jurisdiction. Beyond the logistical nightmare that the conferencea (TM)s opulent extravagances represent for Sheriff Fleming, he must also contend with a raft of other local concerns: his troubled nephewa (TM)s arrest, his wifea (TM)s infidelity, the death of a socialite under suspicious circumstances, and a series of apparent maulings by an aggressive cougar. Each of these incidents comes to a head just as Shalera (TM)s assassin puts his chillingly precise plan into action.