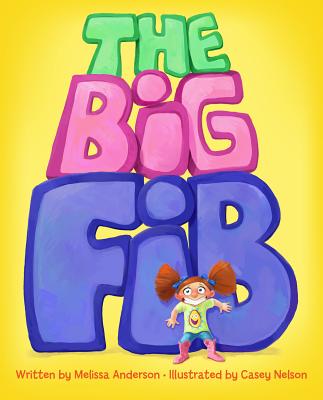 I didn t do it I said, feeling all sorts of sly. And that was the start of my gigantic lie.

This whimsical picture book tells the story of a little girl who breaks her mother's cookie jar. But rather than tell the truth, she begins with a tiny lie that quickly spirals out of control. In the end she realizes it is always better to tell the truth and face the consequences than to deal with a fib that keeps getting bigger and bigger...

Melissa Anderson works as a volunteer Support Group Facilitator for the Children s Bereavement Center in San Antonio, Texas. She and her husband, Jared, have six children. Jared is in the army and is currently deployed to Baghdad. Casey Nelson holds a degree in illustration and has worked as a figure drawing teacher in BYU s illustration department, performed in an improvisational comedy troupe, and been an artist for video games. She currently works for The Walt Disney Company as a writer/director of video game cinematic and a concept artist. Casey lives in Sandy, Utah."
Loading...
or
Not Currently Available for Direct Purchase