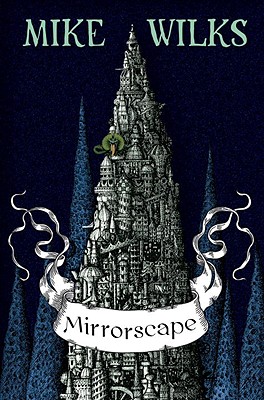 “Who knew that art could be so dangerous, as a young artist discovers that talent and imagination can be a deadly combination. Welcome to a world where the bad guys control all Pleasures -- like flavor, music, and color -- and where paintings are doorways into even scarier worlds. Mirrorscape is a strange and wild ride!”
— Lisa Wright, Oblong Books And Music,LLC., Millerton, NY
View the List

"Prepare to enter the Mirrorscape a world where the bizarre is commonplace and logic makes no sense.
"
Melkin Womper is thrilled to escape his dull future as a village weaver and develop his artistic talent when he's apprenticed to Ambrosius Blenk, one of Vlam's most famous masters. Mel is especially excited by the colors that he ll be able to use, since color is a very expensive Pleasure, strictly controlled by the sinister Fifth Mystery.
Mel can t wait to enjoy the wonders of the grand city and begin his important work for Blenk. Instead, his dreams are quickly crushed by the reality of days filled with unimportant tasks and bullying by the other apprentices whose wealthy families have purchased their positions. Still, the promise of working under the great Blenk and studying his legendary paintings makes the misery bearable.
But when Mel and his new friends, Ludo and Wren, inadvertently stumble into a battle between the Fifth Mystery and the Rainbow Rebellion, an underground band fighting to make Pleasures affordable for all, the trio must step "through" Blenk's paintings into the Mirrorscape. In this alternative world, the friends encounter monsters, mazes, talking houses, angels, and more.
Hugely original and deeply compelling, "Mirrorscape" is a thrilling adventure filled with the beautiful and the bizarre, the fantastical and the frightening, and entry into an incredibly visual, secret world, where the ultimate weapons are pigment, a paintbrush, and the power of imagination.

Mike Wilks is an award-winning artist and the best-selling author of "The Ultimate Alphabet "and "The Ultimate Noah s Ark." His paintings, which have been described as meticulous and eye-bending, can be found in public and private collections in the U.S. and Europe. "Mirrorscape "is the first installment in his middle-grade trilogy. He lives in London, England, where he is working on "Mirrorstorm," the next book of the Mirrorscape."

"An endearing hero, a cast of incredible characters, and a plot that will keep you breathlessly turning the pages. Mirrorscape is magical and enthralling." -Jenny Nimmo, author of the Charlie Bone series.