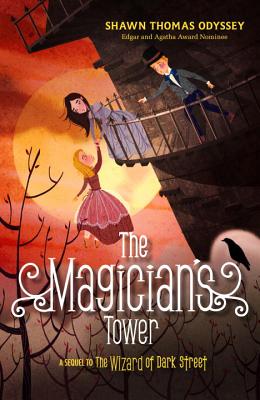 A Sequel to the Wizard of Dark Street

In her first big case, Oona Crate was able to solve the mystery of her uncle's--the wizard of Dark Street--disappearance while exposing Red Martin as a criminal mastermind. Despite her success, Oona's detective agency has failed to take off. But a new challenge arises to capture her attention - The Magician's Tower Contest. Held every two years, no one has ever completed the array of dangerous tasks, riddles, and obstacles. Now brave souls--including Oona--from all over Dark Street will enter the contest in hopes of becoming the first successful contestant.
As the contest commences, a new case arises. A punchbowl--one with great magical powers--has disappeared from the carnival surrounding the Magician's Tower.
If Oona can find the culprit, she could use the bowl to answer her long-standing question about her mother and sister's death was she really at fault?
Full of magic, mystery, danger, and fun, The Magician's Tower continues the wonderful adventures of Oona Crate.

Shawn Thomas Odyssey is the Edgar and Agatha Award nominated author of The Wizard of Dark Street. When he isn't writing novels, he is a professional music composer for film and TV, with works including HBO's Deadwood. You can continue to explore the world of Dark Street at www.thewizardofdarkstreet.com."
or
Not Currently Available for Direct Purchase
Copyright © 2020 American Booksellers Association