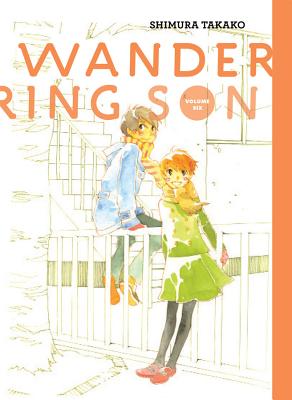 In the latest volume of the manga series about transgendered kids struggling with adolescence, the casting of Romeo and Juliet, coupled with   a friend's urging, is the catalyst for the protagonist to figure out if a crush on another transgendered student is that of a boy for a girl, a boy    for a boy, a girl for a boy or a girl for a girl.

Shimura Takako's sensitive and charming manga series about two middle-schoolers wrestling with their gender identities continues. Faced    with unwanted changes to their growing bodies, male-identified Takatsuki-san discovers the wonders of "breast binders," and female-identified Nitori-kun explores the limits of his ability to "pass." Also: the success of their performance of The Rose of Versailles in the fifth grade - in which the boys played the women and the girls played the men - inspires our protagonists to put on another gender-bending play for the junior-high school festival. They riff on Romeo and Juliet. Nitori-kun and his friend Chiba-san write the script together, but Chiba-san has an agenda: She wants to play Romeo, with Nitori-kun in the role of Juliet. But Nitori-kun wants Takatsuki-san to play Romeo... Chiba-san forces Nitori-kun to confront a question he's been avoiding. Are his feelings for Takatsuki-san those of a boy for a girl, a girl for a girl, or a girl for a boy? Meanwhile, Maho plans a trip to the beach with her boyfriend, and Nitori-kun must chaperone.

...[B]eing a trans woman means I'm used to seeing awful depictions of
my lived experiences. I do not see me, and that is when I see trans
women or trans people in general depicted at all. Until [Wandering
Son]... I had never seen my own narrative depicted. At least not closely
or accurately.
— Kat Callahan - Jezebel ROYGBIV