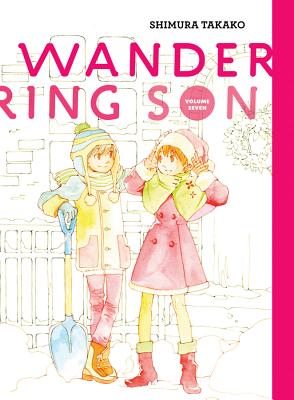 In this sensitive manga series about transgendered preteens, the boy who wants to be a girl deals with acne, and is scouted for the school’s theater club along with Chiba-san.

Shimura Takako’s groundbreaking, critically acclaimed, and beloved Wandering Son continues to explore gender identity among its cast of middle school students in our 7th volume. Nitori-kun gets his first signs of acne. This may well be the end of the world. But when he turns to nationally famous model Anna-chan for help, events take an unexpected turn. Meanwhile, Nitori-kun and Chiba-san are scouted by the theater club after the success of their gender-bending play, The Rose of Versailles. But when Takatsuki-san congratulates Chiba-san, Chiba-san calls her a hypocrite. If Takatsuki-san wanted to join the theater club, she wouldn’t congratulate Chiba-san — she’d be jealous. So says Chiba-san, but what does she know?

Gender bending has a long been a staple in manga, but it’s rarely treated with the nuance and sensitivity of Shimura Takako’s Wandering Son.