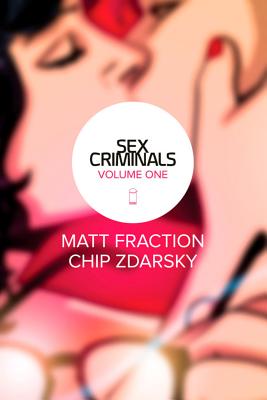 "Great fun " - The Miami Herald
Named one of Time Magazine's top 10 graphic novels for 2013
Suzie's just a regular gal with an irregular gift: when she has sex, she stops time. One day she meets Jon and it turns out he has the same ability. And sooner or later they get around to using their gifts to do what we'd ALL do: rob a couple banks.
A bawdy and brazen sex comedy for comics begins here, by Matt Fraction (Satellite Sam, Hawkeye) and Chip Zdarsky (Prison Funnies, Monster Cops).
"On the surface, this is a hilarious story of two people, Suzanne and Jon, with the power to stop time after they orgasm, and then rob banks while (almost) everyone else is frozen in time, which is an amazingly original idea. But underneath that, this is a story of the beginning of a relationship: its exciting newness, its terrifying possibilities, its ups and downs, its secrets and understandings, and, of course, its sex." - PW