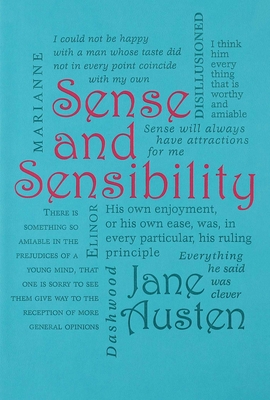 No home library is complete without the classics! Sense and Sensibility is a keepsake to be read and treasured.

Jane Austen wrote the original draft of Sense and Sensibility around 1795 at the age of nineteen, and published it in 1811. This classic tale takes place in southwest England and follows the Dashwood sisters, Elinor and Marianne, who are reduced to meager means when their father passes and entrusts his fortune to their half brother, John. Now available as part of the Word Cloud Classics series, Sense and Sensibility, a story of love, romance, and heartache, is a must-have addition to the libraries of all classic literature lovers.

Born December 16, 1775, Jane Austen is one of the most celebrated authors of the English language. Her fiction is known for its witty satires on English society. Austen wrote anonymously during her life and wasn't widely recognized as a great English writer until after her death in 1817.
or
Buy Here
Copyright © 2020 American Booksellers Association