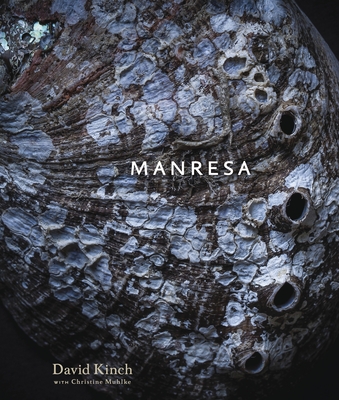 An Edible Reflection [A Cookbook]

The long-awaited cookbook by one of the San Francisco Bay Area's star chefs, David Kinch, who has revolutionized restaurant culture with his take on the farm-to-table ethic and focus on the terroir of the Northern California coast.

Since opening Manresa in Los Gatos in 2002, award-winning Chef David Kinch has done more to create a sense of place through his food—specifically where the Santa Cruz Mountains meet the sea—than any other chef on the West Coast. Manresa’s thought-provoking dishes and unconventional pairings draw on techniques both traditional and modern that combine with the heart of the Manresa experience: fruits and vegetables. Through a pioneering collaboration between farm and restaurant, nearby Love Apple Farms supplies nearly all of the restaurant’s exquisite produce year round.

Kinch's interpretation of these ingredients, drawing on his 30 years in restaurants as well as his far-flung and well-fed travels, are at the heart of the Manresa experience. In Manresa, Chef Kinch details his thoughts on building a dish: the creativity, experimentation and emotion that go into developing each plate and daily menu—and how a tasting menu ultimately tells a deeper story. A literary snapshot of the restaurant, from Chef Kinch's inspirations to his techniques, Manresa is an ode to the mountains, fields, and sea; it shares the philosophies and passions of a brilliant chef whose restaurant draws its inspiration globally, while always keeping a profound connection to the people, producers, and bounty of the land that surrounds it.

Praise For Manresa: An Edible Reflection [A Cookbook]…

“In this age of just-add-water celebrity chefs, David Kinch has never sought the spotlight, but acclaim has rightly found him anyway. This wonderful book is a window into why. Kinch fills its pages with the same qualities that infuse his restaurant, revealing the dedication, creativity, and refreshing humility that underpin everything he does.”
—Thomas Keller, Chef and owner, The French Laundry

“David Kinch’s writing isn’t simply about cooking, rather it’s a life philosophy. Without a doubt, Manresa is one of the greatest restaurants in the world.”
—Ferran Adrià

“I love the sweet craziness of this great roaster and saucier! Vegetable-based cuisine has honed and sharpened his senses, making this big-hearted boy a veritable couturier of vegetable material. David Kinch has the passion of the seasons; he understands that the most beautiful cookbook has been written by nature and has thus entrusted his creativity to what the land and sea provide.”
—Alain Passard, Chef and owner, l’arpège

“Manresa embodies an ideal for all restaurateurs—the natural and delicate expression of its cuisine perfectly reflects David’s personality. Enormous passion can be felt in the aesthetics of his food. There are many chefs in this world, yet David Kinch is one of the few who is trying to open a new gate. This book contains the key.”
—Yoshihiro Murata, Chef and owner, Kikunoi Honten, Kikunoi Akasaka, and Kikunoi Roan

DAVID KINCH’s distinctive style of American cooking has placed him on the world culinary map and assured his legacy in the advancement of California cuisine. He was named Best Chef: Pacific by the James Beard Foundation and Chef of the Year by GQ, and his restaurant, Manresa, holds two Michelin stars. He lives in Northern California.

CHRISTINE MUHLKE is the executive editor of Bon Appétit and the author of On the Line: Inside the World of Le Bernardin with Eric Ripert. A former food editor and columnist for the New York Times Magazine, her writing has appeared in Vogue, Vanity Fair, Food + Wine and other publications.