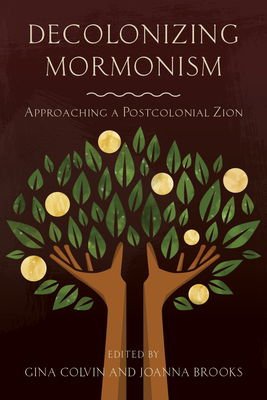 This volume seeks nothing less than to shift the focus of Mormon studies from its historic North American, Euro-American “center” to the critical questions being raised by Mormons living at the movement’s cultural and geographic margins.

As a social institution, Mormonism is shaped around cultural notions, systems, and ideas that have currency in the United States but make less sense beyond the land of its genesis. Even as an avowedly international religion some 183 years out from its inception, it makes few allowances for diverse international contexts, with Salt Lake City prescribing programs, policies, curricula, leadership, and edicts for the church’s international regions. While Mormonism’s greatest strength is its organizational coherence, there is also a cost paid for those at the church’s peripheries.

Decolonizing Mormonism brings together the work of 15 scholars from around the globe who critically reflect on global Mormon experiences and American-Mormon cultural imperialism. Indigenous, minority, and Global South Mormons ask in unison: what is the relationship between Mormonism and imperialism and where must the Mormon movement go in order to achieve its long-cherished dream of equality for all in Zion? Their stories are both heartbreaking and heartening and provide a rich resource for thinking about the future of Mormon missiology and the possibilities inherent in the work of Mormon contextual theology.

Gina Colvin is a New Zealand indigenous scholar and traces her ancestry from both the Ngā Puhi and Ngāti Porou tribe. Colvin has appeared on TV3’s The Nation and Deutsche Welle TV as a commentator on Mormonism and religion. Her popular blog Kiwimormon is hosted by Patheos.

Joanna Brooks is a professor of English and comparative literature at San Diego State University. She is the author or editor of nine books including The Book of Mormon Girl and Mormon Feminism: Essential Writings. Her commentaries have appeared in the Washington Post, Salon, the Huffington Post, Tablet, NPR, BBC, MSNBC, CNN, the Daily Show, and Fox.

“This groundbreaking work features voices and perspectives that have been marginalized, silenced, and ignored for too long. It brings diverse scholars together in a powerful dialogue, one that seeks to change and connect human beings who have persevered in a world marred by processes of colonialism.”
—Farina Noelani King, Northeastern State University

“Decolonizing Mormonism is a timely and necessary analysis of the moral priorities of The Church of Jesus Christ of Latter-day Saints. The urgency in these essays address issues of power associated with racism, colonization, heteropatriarchy, and capitalism. The collection is more than a dialogue among coreligionists, these conversations are essential in a time of growing global inequality.”
—Hokulani Aikau, author of A Chosen People, A Promised Land: Mormonism and Race in Hawai’i

“This volume provides a needed expansion of the literature on Mormonism as it is lived, challenged, and struggled with in various contexts.”
—Sociology of Religion
or
Buy Here
Copyright © 2020 American Booksellers Association