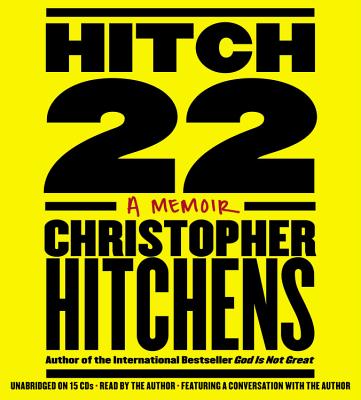 Christopher Hitchens is a contributing editor to Vanity Fair and a visiting professor of liberal studies at the New School. He is the author of numerous books, including works on Thomas Jefferson, Thomas Paine, George Orwell, Mother Teresa, Bill and Hillary Clinton, Henry Kissinger, and his #1 New York Times bestseller and National Book Award nominee, God Is Not Great.

"Hitchens also proves to be more than a capable reader; his wit, erudition, and passionate unbelief could not have been conveyed as compellingly by a surrogate. Highly recommended for all general collections."
-Library Journal on God Is Not Great

"As narrator, he contributes a pleasantly moderated voice and a listener-friendly British accent."
-AudioFile Magazine on God Is Not Great

"This superb young adult novel crosses into supernatural realms, and Jonathan Davis's performance offers its own kind of magic. Davis makes the transition from commonplace teen angst to paranormal regions naturally and believably. Carlos Ruiz Zafón's lyrical prose creates plausible characters and thrilling situations, all given substance by Davis's spot-on narration. A conversation with the author (who also composed and performed the incidental music) follows this engrossing tale."