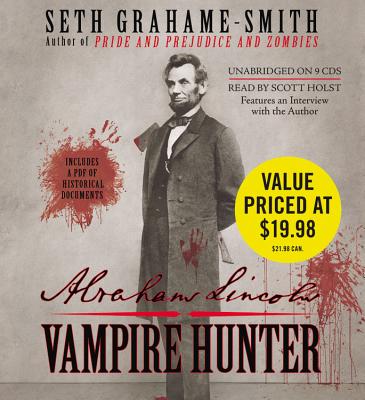 When Abraham Lincoln was nine years old, his mother died from an ailment called the milk sickness. Only later did he learn that his mother's deadly affliction was actually the work of a local vampire, seeking to collect on Abe's father's unfortunate debts. When the truth became known to the young Abraham Lincoln, he wrote in his journal, henceforth my life shall be one of rigorous study and devotion. I shall become learned in all things-a master of mind and body. And this mastery shall have but one purpose. The purpose? Elimination of all vampires. Seth Grahame-Smith has reconstructed the life story of our greatest president for the first time-all while revealing the hidden history behind the Civil War, and uncovering the role vampires played in the birth, growth, and near-death of our nation.