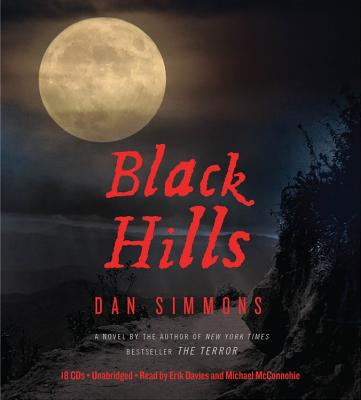 Paha Sapa, a young Sioux warrior, "counts coup" on General George Armstrong Custer at the moment Custer lies dying on the battlefield at Little Bighorn. He feels the legendary general's ghost enter him then and will hear that ghost's voice within him for the rest of his life. In "Black Hills, " Dan Simmons seamlessly weaves together the stories of Paha Sapa, Custer, and the American West, from the Battle of the Little Bighorn up through the 1893 Chicago World's Fair and the Dust Bowl of the 1930s, depicting a violent and tumultuous time in the history of both Native and white Americans. Haunted not only by Custer's ghost but also by his ability to see into the memories and futures of men like the Sioux war-chief Crazy Horse and Gutzon Borglum, the sculptor responsible for Mount Rushmore, Paha Sapa's long life is driven by a dramatic vision he experienced as a boy in his people's sacred Black Hills.