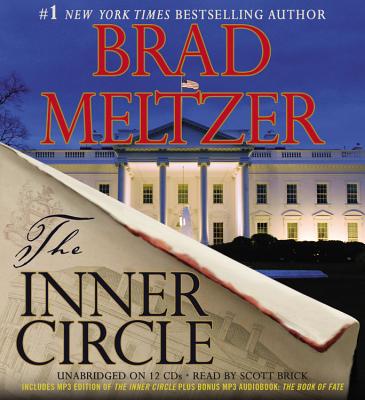 
Beecher White, a young archivist, spends his days working with the most important documents of the U.S. government. He has always been the keeper of other people's stories, never a part of the story himself...

Gripping, fast-paced, and filled with the fascinating historical detail for which he is famous, THE INNER CIRCLE is a thrilling novel that once again proves Brad Meltzer as a brilliant author writing at the height of his craft.

Praise For The Inner Circle…

Brad Meltzer is the author of seven New York Times bestselling thrillers: The TenthJustice, Dead Even, The First Counsel, The Millionaires, The Zero Game, TheBook of Fate, and The Book of Lies. He is also the #1 bestselling author of the critically acclaimed comic books Identity Crisis and Justice League of America, and is the co-creator of the TV series Jack & Bobby. A graduate of the University of Michigan and Columbia Law School, he currently lives in Florida. To learn more about Brad, please visit him at www.bradmeltzer.com.
Loading...
or
Not Currently Available for Direct Purchase