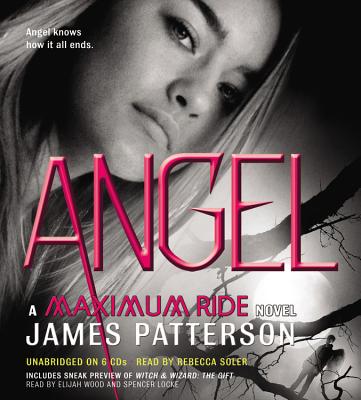 In the seventh book in the bestselling series, evil scientists are still trying to convince Max that she needs to save the world, this time by providing the genetic link in speeding up the pace of evolution. Worse, they're trying to convince her that her perfect mate is Dylan, the newest addition to the flock. The problem is that, despite herself, Max is starting to believe it.

Fang travels the country collecting his own gang of evolved humans, but the two separate flocks must unite to defeat a frightening doomsday cult whose motto is Save the Planet: Kill the Humans. And this time, the true heroine, for once, might just be little Angel.

James Patterson was selected by readers across America as the Children's Choice Book Awards Author of the Year in 2010. He is the internationally bestselling author of the highly praised Middle School books, "I Funny," " Confessions of a Murder Suspect," and the Maximum Ride, Witch & Wizard, Daniel X, and Alex Cross series. His books have sold over 260 million copies worldwide, making him one of the bestselling authors of all time. He lives in Florida.
Loading...
or
Not Currently Available for Direct Purchase