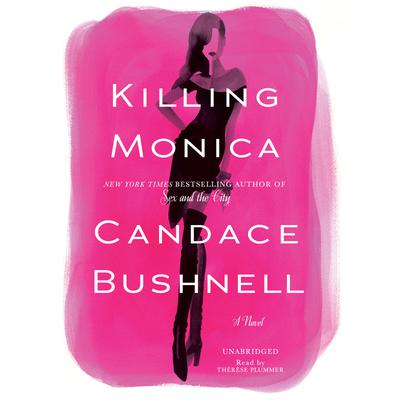 This is the audiobook fans of Candace Bushnell have been waiting for. From the author of Sex and the City, Lipstick Jungle, and The Carrie Diaries comes an addictive story about fame, love, and foolishness that will keep readers enthralled to the very last enticing scene.

Pandy "PJ" Wallis is a renowned writer whose novels about a young woman making her way in Manhattan have spawned a series of blockbuster films. After the success of the Monica books and movies, Pandy wants to attempt something different: a historical novel based on her ancestor Lady Wallis. But Pandy's publishers and audience only want her to keep cranking out more Monica-as does her greedy husband, Jonny, who's gone deeply in debt to finance his new restaurant in Las Vegas.

When her marriage crumbles and the boathouse of her family home in Connecticut goes up in flames, Pandy suddenly realizes she has an opportunity to reinvent herself. But to do so, she will have to reconcile with her ex-best friend and former partner in crime, SondraBeth Schnowzer, who plays Monica on the big screen-and who may have her own reasons to derail Pandy's startling change of plan.

In KILLING MONICA, Candace Bushnell spoofs and skewers her way through pop culture, celebrity worship, fame, and the meaning of identity. With her trademark humor and style, this is Bushnell's sharpest, funniest audiobook to date.

Candace Bushnell is the critically acclaimed, international best-selling novelist whose first book, Sex and the City, was the basis for the HBO hit series and subsequent blockbuster movie. Her fourth novel, Lipstick Jungle, became a popular television series on NBC. Bushnell's novels include 4 Blondes, Trading Up, Lipstick Jungle, One Fifth Avenue, The Carrie Diaries, and Summer and the City.

Bushnell hosted a radio show on Sirius Satellite Radio, "Sex, Success, and Sensibility," which aired from October 2006 to October 2008.

Through her books and television series, Bushnell's work has influenced and defined two generations of women. She is the winner of the 2006 Matrix Award for books (other winners include Joan Didion and Amy Tan), and a recipient of the Albert Einstein Spirit of Achievement Award. She currently resides in Manhattan.