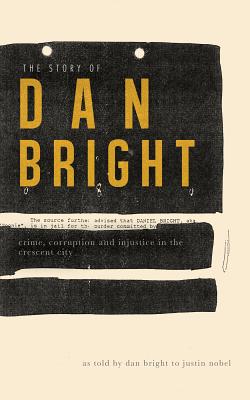 The Story of Dan Bright (Paperback)

Crime, Corruption, and Injustice in the Crescent City

Everybody knows New Orleans, but nobody knows this New Orleans. At sixteen years old, Dan Bright was the head of a New Orleans drug empire. As his operation grew, it was only a matter of time before he attracted the attention of the criminal justice system, which would stop at nothing--including framing Dan for murder--to get him off the streets. Dan's capital murder trial lasted only one day. The District Attorney's office used false testimony and fabricated evidence to lead the jury to their ultimate conclusion: Daniel Bright was guilty and deserved the death penalty.
This incredible true story unflinchingly shows the injustice of the legal system, as well as the base corruption on display at Angola prison, where Dan spent ten years fighting his wrongful conviction and struggling for a right supposedly guaranteed to all Americans: a fair trial.

Dan Bright spent nine years in prison, four of them on death row, before his sentence was overturned in 2004. He lives in New Orleans.
or
Not Currently Available for Direct Purchase
Copyright © 2020 American Booksellers Association