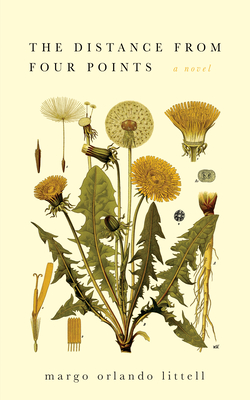 The Distance from Four Points

Soon after her husband's tragic death, Robin Besher makes a startling discovery: He had recklessly blown through their entire savings on decrepit rentals in Four Points, the Appalachian town Robin grew up in. Forced to return after decades, Robin and her daughter, Haley, set out to renovate the properties as quickly as possible--before anyone exposes Robin's secret past as a teenage prostitute. Disaster strikes when Haley befriends a troubled teen mother, hurling Robin back into a past she'd worked so hard to escape. Robin must reshape her idea of home or risk repeating her greatest mistakes. Margo Orlando Littell, author of Each Vagabond by Name, tells an enthralling and nuanced story about family, womanhood, and coming to terms with a left-behind past.

Margo Orlando Littell grew up in southwestern Pennsylvania and received an MFA from Columbia. After spending many years in New York City, Barcelona, and Northern California, she now lives in New Jersey with her family.
Loading...
or
Not Currently Available for Direct Purchase