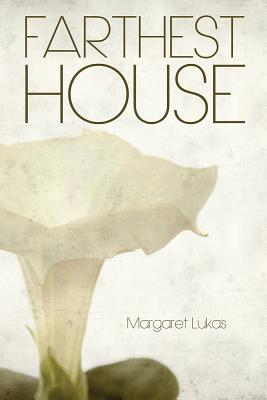 When Willow is born and her mother dies moments later, only the narrator of this spellbinding debut novel knows the death isn't from complications of childbirth. Amelie-Anais, buried on the Nebraska hilltop where the family home resides, tells the story of deceit, survival, and love from beyond the grave. Following Willow's life and Willow's incredible passion to paint despite loneliness, a physical handicap, and being raised by a father plagued with secrets, Amelie-Anais weaves together the lives of four enigmatic generations.

"Why I chose this book as my favorite book of 2016: 'It spans several generations of a family that has many secrets that are slowly and skillfully revealed. I could not put it down!'” —Susan Colins, San Francisco Book Review

Margaret Lukas is a professor in UNO’s Creative Writing program. She received her BFA from UNO’s Writers Workshop in 2004. In 2007 Margaret received her MFA from Rainier Writing Workshop in Tacoma, Washington. She is a contributor to NEBRASKAland magazine and an editor for the quarterly literary journal, Fine Lines. Her writing also appears online and in the 2012 anthology, On Becoming, published by the University of Nebraska Press. Her award-winning short story, “The Yellow Bird,” was made into a short film and premiered at the Cannes Film Festival. She is a recipient of a 2009 Nebraska Arts Council Individual Artist fellowship. Farthest House is her first novel.
Loading...
or
Not Currently Available for Direct Purchase